The internet raises fundamental questions about identity and legibility, but there's something else beneath both. It's been hinted at in all the history we've looked through, and pointed to directly last week in both intention and the piece on Present Shock. It's time. Time and memory.

We are time-binding animals, capable of temporal architecture. We create our experience of time with scripted behavior - everything from weekends to pension funds - based on linguistic assumptions about the past and future, just as we construct buildings out of steel and concrete.

The internet has moved us into a new temporal landscape. We used to have a few ideologies which operated as social simulations, not just predicting possible futures, but actually creating our shared sense of historical time. Now, we have endlessly forking ideological narratives, increasingly built on a few shared networks of timestamp servers.

Whatever will happen next?

The Garden of Forking Memes 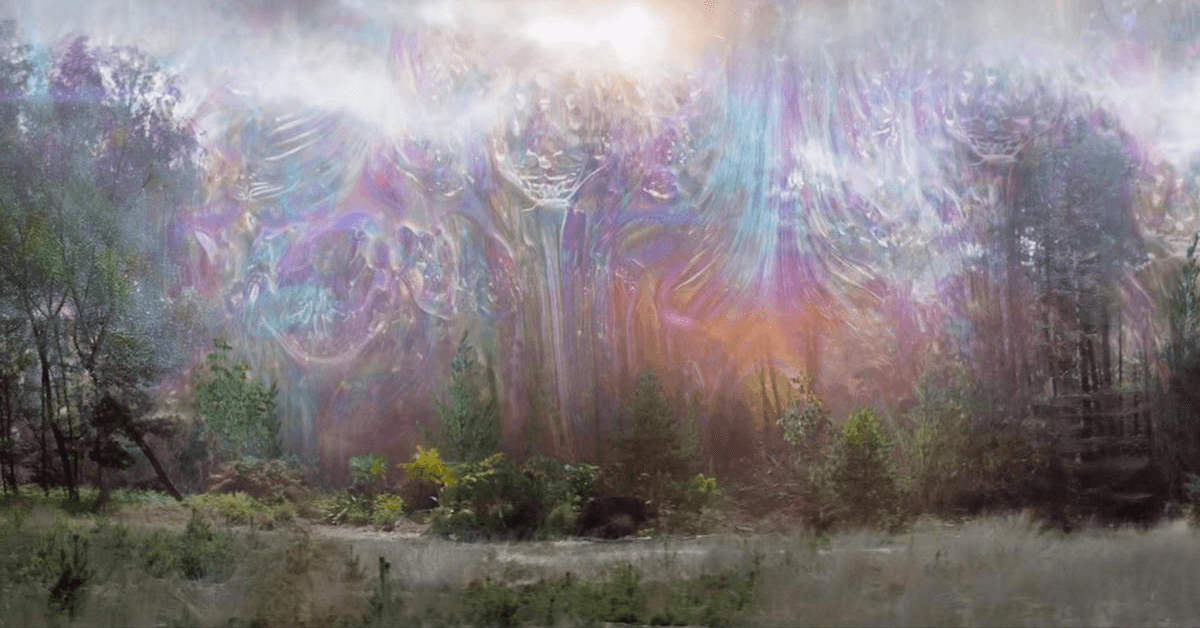 Aaron Lewis asks a most fascinating set of questions which will hopefully inform your own approach to thinking about the time we live in, and why an intentional approach to what we do and how we interact online really matters:

How did the internet disrupt 20th century timekeeping systems and spark an insurgence of alternative historical narratives?

How do old media institutions try (and fail) to keep up with the narratives of online subcultures?

How does the immediate accessibility of so many alt histories undermine our ability to create shared futures?

And how might a more ecological awareness of the internet help us adapt to our disorienting digital time machines?

"In my grandma’s time, families could leave certain stories out and emphasize the good in the hope that doing so would create a better future. Today, digital media has taken that option off the table. The internet has flattened the vast archive of the past and made history unprecedentedly (and unrelentingly) immediate."

The first few sections of this essay all point at the second and third order effects of digital tools, which takes us back to the humility we proposed in the play of pattern. The 'perfect memory' of databases has proven to be both a blessing and a curse, though it was not seen this way by the people who built them. We need to learn these lessons and realise that there is no up without down, no good without bad, no North without South, so that we can more consciously engineer the trade-offs made by our generation's tools and technology.

"What Marshall McLuhan called the 'perfect memory' of computers has, in our time, spawned a garden of competing narratives and conceptions of the past/present/future [...] In today’s chaotic media environment, not even a global pandemic can restore a shared sense of Reality."

That is, at what level does one need to share reality to develop viable means of living together that are not totalitarian?

"The telegraph, time zones, radio, and television led to new patterns of mass connectivity and synchronization. Time was made visual and divided into smaller and smaller units that allowed us to achieve unprecedented levels of coordination [...] This trend has come to its logical conclusion because we all live inside a cage of time made up of 32 satellites orbiting Earth. Twentieth century time was imposed on people from the top-down. Twenty-first century time is a bottom-up choose your own adventure story that allows people to make their own time machines and live anywhen."

The internet has enabled ordinary people to once again create their own sense of time. This is the most powerful political tool there is. It's no mistake that Satoshi talks - at length - about "timestamp servers" in the Bitcoin whitepaper. This has always been what peer-to-peer technologies are about: freedom from authoritarian routines.

"The disruption of the old timekeeping regime created a void that’s being filled by new online communities, cliques, and cults [...] People are seeking out groups and ideologies that put them 'back in time', and many internet subcultures do exactly that."

Our sense of time defines how and what we value. It's critical to understand how a global web of light-speed communication and memory has changed, and continues to change, how we perceive time. The alternative is to wander unconsciously what Aaron describes as the "Web's surface", always falling into the gravity wells which pull you into "orbit around ideological sub-groups. Algorithms are the riverbed, and users are the water."

Q: What is the most powerful political tool there is?

A: The ability to create your own sense of time.

This shifting time moves narrative power towards ideological subgroups who are already creating the next meme by the time Old Media reports on the previous iteration.

"The old guard is now left to study the activities and new realities of online tribes. These groups are constantly churning out unsanctioned narratives that attract large followings. As in the media revolution sparked by Gutenberg, the powers that be are not too pleased about losing their monopoly over the technologies of reality creation [...] The conflict between old and new media is in many ways a dispute over who gets to control the “clocks” we live by; who gets to set the pace; who gets access to the technologies that make it easy to synchronize (or de-synchronize) large groups of people."

Since 2009, we have known how to develop and deploy systems which can synchronize the transactional reality of the planet which no-ones owns. This is weird, and our social and political consciousness is still trying to catch up. The most political feature of Bitcoin is not the article embedded in its Genesis Block, it's the architecture of timestamp servers dwelt on at length in the whitepaper and then largely ignored by everyone else because we tend to find that thinking about time is too esoteric:

"Clocks are the deceptively simple product of an intricate political arrangement. I’d even go so far as to say that politics is the art and science of creating the time machines that we inhabit — the calendars that help us orient and coordinate as we journey from cradle to grave."

It's both fascinating and horrifying to witness the political artifice of time-keeping come crumbling down around us, but it also implies a new degree of freedom previously unimaginable - the freedom not just to decide what to do with your time, but to create your very own experience of it.

Q: Bitcoin taught us how to develop and deploy systems which can synchronize what?

A: The transactional reality of the planet.

However, Aaron then writes:

"The explosion of alternative histories hasn’t just eroded the influence of 20th century media institutions, it’s also damaged our ability to build collective futures. We’re lost in the garden of forking memes, and the idea of linear progress along a single historical time line seems like a quaint artifact from a much simpler era [...] The 'perfect memory' of digital media has given rise to a kind of collective dementia that is scrambling our shared memories and messing with our shared imaginations/simulations of the future [...] The internet is like a time machine that’s bringing back the ghosts of our ancestors."

This argument is less convincing. Are we really seeing a kind of collective dementia and inability to create shared imaginations of the future, or are we seeing a genuinely shared collective imagination emerging? One which is actually distributed, and therefore foreign and disorientating to minds used to following a "collective" reality created by the few?

Marshall McLuhan wrote of the philosophical implications of all this some time ago:

“We live in post-history in the sense that all pasts that ever were are now present to our consciousness and all futures that will be are here now. In that sense, we are post-history and timeless. Instant awareness of the varieties of human expression re-constitutes the mythic type of consciousness, of once-upon-a-time-ness, which means all-time, out of time.”

In other words, if we can agree on the order of our actions in time - how we transact - while interacting in a hyperconnected world with multiple layers of personal time, we can experience mythic consciousness, free from incorporated time.

Of course, as Rushkoff said last week, this doesn't mean all our problems go away:

"Digital media has done away with the very thing that created our sense of history: imperfect memory [...] Forgetting is a feature, not a bug. It makes us feel like we’re moving forward through time, rather than standing still or running in circles. My grandmother and her ancestors knew this all too well. Artful forgetting, editing, and curation allowed them to craft narratives that helped their children understand the past and orient towards the future. The internet has undercut these time-tested practices of inter-generational knowledge transfer."

We turn to algorithms to help us sort through this inhumanly perfect memory which is destroying history, but these also have issues. However, hope remains:

"Maybe our ability to imagine collective futures hasn’t been damaged for good. The old ghosts don’t just haunt us, they also give us inspiration. Last time we saw this much history emerge from hibernation was in 14th century Italy, and the Renaissance was about to begin."

This hope arises from the fact that the internet is really a house of algorithmic mirrors, which will reflect back a version of whatever you hold up to it. Again, this is both terrifying and liberating, depending on how well you know yourself and how willing and able we are to implement protocols which cannot warp the reflections based on their owner's interests.

“'There are as many internet architectures as there are users,' says Louise Druhle. 'Each of our clicks serves to sculpt the internet according to our own image.' We’re transitioning from a world of linear narratives and time lines to a garden of forking memes that we’re free to explore and tend to. The gardening games with the richest environments, the deepest stories, and the most interesting characters will attract the most people."

Here is what this entire brief boils down to: in a multiverse of different subjective understandings of time, what is one to do? Create a garden! That is, make somewhere tranquil for yourself where you can pass time leisurely and at ease; a place which responds naturally to the cycles of the world in which it grows.

"We are as time travelers now, and we might as well figure out how to imbue our digital 'clocks' with a more ecological, human-readable sense of time."

As the old Sufi teaching goes: 'it does not matter if it is the Day of Reckoning; if you have a date palm seed in your hand, plant it!' In truth, there is only now, there has only ever been now, and now has no end. Every wisdom tradition points to the potency of this moment, right now. These ideas are nothing new, they're just dressed up in digital garb. The world has always been a confusing place to live, except for those who can find the appropriate means required within their specific time to realise the eternity of this instant.

Q: What can you do in a world of constantly forking memes and different kinds of time?

A: Create a garden where you can pass your own time leisurely and with ease. 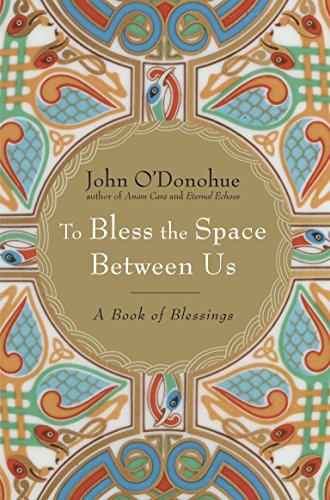 "And so may a slow wind work these words of love around you: an invisible cloak to mind your life."